A virus that has no cure is the perfect harbinger of an economic collapse. For those who think it can’t happen in their countries because Ebola is “over there,” then you should know a few facts.

The Ebola virus has already left its original boundaries. The experts that are telling you that you have nothing to worry about are already looking worried themselves.

In fact, the CDC and WHO knows the potential risks that the Ebola virus can make it outside its host country. This risk is present because of the volume of international travel.

That’s why the LAX has an area to quarantine passengers coming into the United States. If you think that’s no big deal, there’s a page on the CDC website that covers how to handle suspected cases of Ebola in the United States.

The experts know that Ebola is on the way. That means that the economic crash being felt in other countries where Ebola has taken a toll is also on the way to where you live.

That’s why you must be prepared financially now for your future when the pandemic hits. What the virus has done in other regions will also happen in any region where there’s an outbreak.

When a pandemic takes place, several economic dominoes begin to fall and eventually topple the entire system. First, airlines cancel flights to and from the hard hit regions.

When that happens, businessmen and women can’t go where they need to go internationally. The airport loses money from the cancelled flights and that loss has to be made up somehow.

Usually what happens is some airline employees are laid off. Then you have one employee trying to do the work of two. Next, businesses pull their employees from regions where the outbreak is active.

This has already happened in the country where the Ebola virus was first recognized. When businesses pull employees, projects are left unfinished. These employees could carry the risk of having been exposed to the virus and not know it.

They could, in turn, spread the disease during the period they don’t know they have it and so the pandemic continues to expand until it reaches global proportions.

When there are areas where a pandemic is active, businesses get scared and no one wants to do business with a company where they may have a risk of Ebola. So the next step is a trade ban goes into effect.

From there, it continues to trickle down until people begin to feel the economic squeeze. When a pandemic occurs, businesses will come to a standstill because they’re forced to shut down from not having enough employees to keep it running.

This happens because people want to stay safe and avoid Ebola. So to avoid getting the virus, they stay at home, preferring to put the safety of their health and their family’s health before their job – and rightfully so.

No one will want to work and risk getting the virus. As more and more non-essential workers stay home, the economy continues to falter. The government will step in and order essential employees to remain at work – but whether utilities will continue to run remains anyone’s best guess.

Eventually, there won’t be any money left for the government to continue running at all. As the pandemic takes over, people in the area who are from other countries will scramble to leave the area.

Pandemics cause the price of food to go up because the demand will outweigh the supply. This happens because companies that truck food in will be slowed by work stoppages.

Companies that produce the food products will face the same dilemma. Farmers will have trouble getting what they need to grow food for their own use, much less the food that they sell.

Slowly, the entire economy will come to a standstill. If you’re not ready, your family will be adversely affected. You won’t be able to get cash because the banks will be closed. 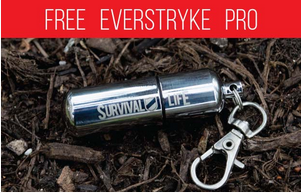 Money will be scarce

The entire economic system is already shaky at best. A pandemic will easily push it over the edge. You need to have an emergency fund, but not in the bank.

This means that you should have cash on hand to take care of your needs. If you’re one of the millions of people who currently live paycheck to paycheck, you need to put back several months’ worth of emergency cash to survive.

It’s important to note that telling people you have this in store isn’t a good idea. It will make your family a target. Hide the cash where it won’t be noticed and don’t mention its location to anyone outside of your immediate family.

During an economic crash, what’s happened through history is the value of that country’s currency plummets. Paper bills become virtually useless. The same will happen to whatever country gets hit with a pandemic.

This is why it’s a good idea to invest in gold and silver because the value of these holds steady. Cut your bills down to the bare minimum when you suspect a pandemic is on the horizon.

Only keep the absolute necessities that you have to pay

This would be shelter, such as your mortgage and utilities. Everything else can be done away with. If you find that you just can’t put any money toward an emergency cash plan because there’s not enough left over right now to take care of everything, then find a part time job or a way that you can make some extra money so that you can be prepared.

Your survival could depend on the money you set aside. When the economy crashes, the people that did not prepare for it are going to start looting from those that did.

You have to be prepared for this. One of the best ways to prepare is to get away from areas where the population is so dense. If you pay attention to the news, you’ll see how people behave when they get desperate for food and other needs.

You’ll need to spend some money now on certain items to make sure that you have the best chance for long-term survival. If you can’t afford to set aside items, find a way to sell what you don’t need so that you can fund what you do.

Prepare a storage of food

The infrastructure of society will go down in an economic crash. Besides the banking system collapsing, so will utility plants. This means no electricity, no clean water and no sewage.

Garbage will begin to pile up in the streets. Too much reliance on government run services has made people complacent and when these services are shut down, chaos will erupt.

This has already happened in some countries. Even some states that have experienced economic collapse have already cut basic services such as garbage pickup and water services to homes.

You need a plan for all of this. Make a way to create your own electricity through the use of solar panels and solar powered equipment. You need to be able to make it apart from depending on anyone or on any state or government run business.

During an economic collapse, there will be a greater outcry for ammunition because people everywhere will need to defend what they have. Ammunition stores will be one of the first things besides food shelves that will be depleted, so set aside plenty of ammunition to protect yourself and your loved ones.

Make sure that you set aside extra items that you can use to trade for items you might need in the future. As the collapse lasts for years, people will go back to the ancient way of getting what they need – which is bartering.